A typical example of this kind is the grandfather paradox, where a person goes back in time to kill his grandfather before he had any biological descendant. If they succeed, one of their parents would never exist and they themselves would never exist either. This would make it impossible for them to go back in time in the first place, making them unable to kill their grandfather, who would continue to produce offspring and restart the situation. But if they fail, their grandfather would live and produce offspring. This has the same affect as prevailing. 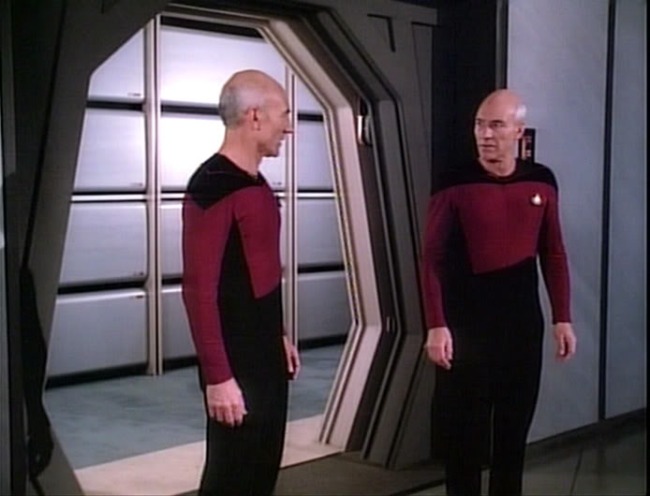 Temporal paradox has been used to argue that time travel must be impossible, because it is capable of resulting in a paradox. Kip Thorne, however, said that none of the supposed paradoxes formulated in time travel stories can actually be formulated at a precise physical level: that is, any situation in a time travel story turns out to permit many consistent solutions.

This theory states that there are infinite number of universes, collectively known as the “multiverse“. If a person is about to travel back in time, he will create his own parallel universe upon arrival in the past. So if he kills “his” grandfather, a paradox would not occur because the grandfather that he has killed is not his own grandfather from the universe from which he came, but that of the version of himself in the universe he is now in.

This theory says that to travel back in time would cause time to branch. This is the theory used in the film series “Back to the Future”, where the characters going back in time causes the timeline to branch as the characters in the past are inspired by the time travellers to make different choices than they would have done without their influence and prior knowledge, that change the future from the perspective of the time travellers. Another example is the Doctor Who episode “Turn Left”, where the simple choice of which way a character turns at a road junction has drastically different outcomes, as turning in one direction prevents them from meeting up with the Doctor and influencing his decisions and actions.

Another idea is that any change in the timeline, even without personal interaction, while allowable, would cause a “butterfly effect” in the timeline. All history after the time traveler visited would be affected by minute changes the traveler had made in the past, and the history, depending on how severe the time traveller’s actions were, would sooner or later be completely changed.

This is the opposite of the multiple universes hypothesis, in that each action committed in time travel actually overlaps one reality with another. For instance, if a time traveler were to meet his double from another time, the double would merge with the time traveler, making the traveler a part of the time he is visiting. The same would hold true for events. Two events would merge into the nearest event which does not produce a paradox (a dead grandfather in one universe but not in another would either create a dead grandfather in both universes, but alter the person’s heritage so as to allow this, merge both timelines so that the person would fade from all timelines upon return, or produce a mean between life and death such as a coma).

In the choice timeline hypothesis, history changes the instant the time traveler decides to travel back in time, thereby rendering his actions in that regard pre-destined.

This theory states that the present is not the forefront of time, and so we are our future selves’ past. Thus, if sometime in the future a time travel device were created, someone from the future would have already brought it back to us, thus establishing itself as “already” existing in our time as a result – and likely copied and recopied. Since our present selves are still wondering about time travel, this theory states that we will never be able to build a time machine, because if we are still wondering, then no one from the future has built a time machine and brought it back with them to us, and if no one in the future has built a time machine, then we in the future will not build a time machine, and no one can ever build a time machine because no one in the future has built one. This theory is demonstrated in an episode of the TV show Big Bang Theory where Leonard and Sheldon sign a roommate agreement that states if either one of them ever invents time travel their first trip back would be to their present location five seconds after the signing of the contract, they are subsequently disappointed when the five seconds pass and nothing happens. This theory, however, creates a causality loop. Also if it is that any time machine made will only allow one-way travel—i.e., into the future, or if it is that we can go into the future, but while returning, we can only return to the present—i.e., not set the dial to go back more than we used to go into the future, or before the time machine is invented—this theory fails. Wormholes, which are suggested to allow backwards time travel, demonstrate this, as you cannot go further back in time than when the wormhole was created.

There are also other possibilities: someone in the future will build a time machine and many people will use it to travel back in the past, but we do not know this because: “no one can travel so far in the past to reach our time” or “no one has revealed that time-traveling is possible” or “no one that revealed that time travel is possible, was trusted” or “anyone with the knowledge to sufficiently understand temporal mechanics enough to build such a device, will also be enlightened enough not to interfere with the known written past” or “the time machine will be destroyed if you go back before it is created”. There is also the possibility that time travel into the past is only possible to the point where the time travel machine was created.

This theory states that any paradox would cause the destruction of a universe, or at least the part of the time and space affected by the paradox. In this hypothesis, if a person travels back to kill his grandfather before one of his parents is conceived, then it will cause himself to disappear. History would erase all traces of the person’s existence, and the death of the grandfather would be caused by another reason. Thus, the paradox would never occur from the historical viewpoint.

This theory is partially similar to other theories on time travel. While stating that if time travel is possible it would be impossible to violate the grandfather paradox, it goes further to state that any action taken that itself negates the time travel event cannot occur. The consequences of such an event would in some way negate that event, by either voiding the memory of what one is doing before doing it, by preventing the action in some way, or even by destroying the universe among other possible consequences. It states, therefore, that to successfully change the past one must do so incidentally, though one might be able to change this fact slightly. If one were to go back and place a note in someplace one knew one’s future self would find it and then subsequently stop an assassination one might be able to tweak this theory. If the specified note said to go back into time, stop the assassination, copy this note, and place it in the same spot it originally was, one might be able to intentionally stop the assassination.

For example, if one tried to stop the murder of one’s parents, he would fail. On the other hand, if one traveled back and did something to some random person that as a result prevented the death of someone else’s parents, then such an event would be successful, because the reason for the journey, and therefore the journey itself, remain unchanged preventing a paradox.

In addition, if this event had some colossal change in the history of mankind, and such an event would not void the ability or purpose of the journey back, it would occur, and would hold. In such a case, the memory of the event would immediately be modified in the mind of the time traveler.

Changes allowed, without resolution to paradoxes

Another theory, though much less commonly utilized, is one in which the altering of an event in the past would always be allowed, even if such alteration would logically cause a paradox.

An example, a time traveler who embarks on a trip to the past would be able to kill his grandfather, even though such an act would prevent one of his parents from being born and thus prevent the time traveler himself from being born, without causing the resulting paradox to change any other part of the past. Though, with this theory, the time traveler, who would still remember having a grandfather and even parents, would appear to have not been born. This seems to generate a problem resembling the bootstrap paradox.

If the time traveler “returned” to the future, it would be changed to accommodate him never existing and all effects that would have on time.

This theory involves the universe incorporating a “fail-safe” by destroying any instance or timeline that deviates from a main timeline to prevent multiple universes from existing. Basically, any time travel deviating from a stable time-loop, paradoxical or not, is doomed to be destroyed. For instance, if a man goes back in time to prevent someone who’s dead in the future from dying, succeeding will lead to that timeline ceasing to exist. However, there have been some who argue that this would refute the theory of relativity and the known laws of physics.

This theory states that there is only one universe that would bend like a straightened paper clip by the events of time travel. When time travel occurs a chemical change occurs in the universe allowing the law of conservation of mass to be followed—e.g., a time traveler materializes in the intended time out of the elements currently present in that time, or if a current version of him/herself exists they will transfer to the future consciousness—and the universe is forever changed. Any change or deviation from the original flow of events would not negate the existence of the traveler. The time traveler is real to that time and place as reinforced by the chemical change to the universe[clarification needed] that landed him at that point in the time line. Therefore if by time traveling into the past “the past self” is killed, “the future self” would live on because the past self is not him or her. It is another person from the point they entered that time. If the past self goes on to time travel, they create a cascade of time travel at the point they entered the past. Each journey into the past, no matter how similar, creates a different flow of events. Though it may mirror the events each time, this will continue until the flow of events affects the past self to the point they are no longer capable of or desire to follow that flow of events.

Thanks to Professor Hawkins (Harvard) and Wikipedia