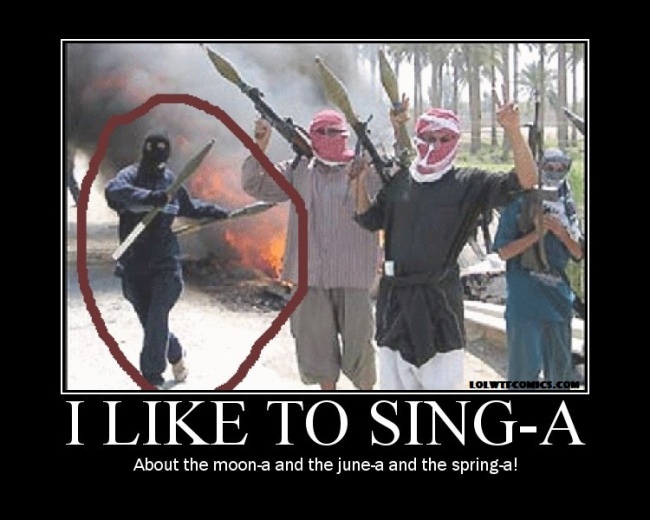 Only three days after Interior Minister Nisar Ali Khan informed the nation that the ‘peace talks’ with the Tehreek-e-Taliban (TTP) were about to enter a “comprehensive” phase, the TTP has announced that it will not be extending the ceasefire. Considering how much time and effort the good minister spends defending terrorists before the people they routinely kill, they really ought to be more considerate towards him. He says that Islamabad is a safe city, and they bomb the capital within a week. He claims that the peace talks are about to enter the next level, and they decide against extending the ceasefire. The terrorists really need to learn to spot a caring friend when they see one. They have only themselves to blame for destroying the credibility of a sympathizer in such a key position. Perhaps Mr Nisar should get his statements approved by the TTP so that he doesn’t embarrass himself every time he makes a claim.

The decision against extending the so-called truce was taken by the TTP shura which met somewhere in North Waziristan. Several reasons were cited for the verdict but it all can be summarized in a single, short sentence: do more, Government of Pakistan. This includes ceasing all actions against the terrorists across the country, releasing more alleged non-combatants and the establishment of a “peace zone” to name a few. However, the TTP spokesman was also kind and clever enough to add that the peace talks will proceed as normal despite the absence of a ceasefire. TTP negotiations committee member, Mr Ibrahim Khan, couldn’t agree more. Previously, Mr Ibrahim had argued that the most important factor for ensuring a successful dialogue process was the ceasefire between the government and the TTP. Now, he believes, it won’t affect the process at all. That is to say that the militants can go on and kill as many people as they like, the government would still be waiting for them at the coffee house. Mr Ibrahim and his colleagues might not have any qualms with such a scenario, and clearly they don’t, but the people on the receiving end might beg to differ.

This whole episode has shown us that there is no talking sense to the terrorists or their sympathizers. They have taken much, but given nothing in return so far. Give them the moon, and they will ask for the sun. They will go back on every word they have ever said as long as it allows them to keep the government engaged in a futile exercise. There is no point fighting willful obscurantism and malice with logic or common sense. It simply doesn’t work. But, there is no reason for despair. With the blessing of the Prime Minister, Nisar will fix everything.