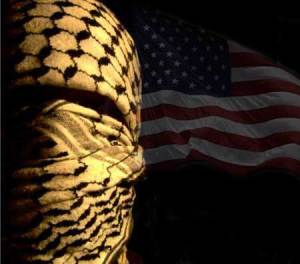 ISLAMABAD – With the Afghan war entering its 10th year, completely undeterred by the American drone strikes in the Pakistani tribal region, al-Qaeda is putting the final touches to plans to recruit, train and launch Western Caucasians in their countries; the aim is to spread the flames of the South Asian war theater to the West.

Al-Qaeda began planning the operation in 2002, after the fall in late 2001 of the Taliban in Afghanistan, where the group had been given sanctuary. Al-Qaeda had regrouped in Pakistan’s South Waziristan tribal area on the border with Afghanistan, and used this base to developed propaganda media structures to recruit in

Now, after eight years, a picture is emerging that shows the failure of Western intelligence to asses the real pulse of their societies, and the inability of North Atlantic Treaty Organization forces to prevent Afghanistan from once again becoming the nerve center of al-Qaeda’s terror operations.

Canadians head to North Waziristan
Well-placed Taliban sources say that a group of Canadian militants is receiving jihadi training in al-Qaeda camps in North Waziristan for terror attacks in Canada, whose troops are a part of the International Security Assistance Force in Afghanistan.

“In Afghanistan they received basic jihadi training, while currently they are busy doing some special courses. Their main learning is how to use sophisticated weapons, and how to connect with local smuggling networks in North America. They are also learning how to use ordinary material like sugar and basic chemicals to make powerful explosives. These militants will then return to their country to execute al-Qaeda’s plan of targeting big cities in Canada,” the militant said.

According to available information, the Canadians joined the Egyptian militant organization Jihad al-Islami (JAI), which then helped them reach Afghanistan. The head of the group goes by the alias of Abu Shahid. The 30-year-old, who sports a golden beard, converted to Islam in 2007 and joined the JAI, with which he works to collect funds for the organization. Shahid is responsible for all of the activities of the Canadians in North Waziristan. According to Taliban sources, the 12 will remain in the tribal belt until it is felt that they are sufficiently trained to successfully carry out terror activities in Canada. Shahid apparently is confident he can recruit more Canadians.

Various militants of other nationalities are also being trained in North Waziristan, probably the most lawless part of Pakistan. Apart from Arab and Central Asian militants, one can find jihadis from the United States, Britain and Germany.

In October 2010, eight foreigners were killed in a US drone attack in the region. These included: Brusly (local name Fayaz), Gagarin Gill (Siraj), Smith (Jamal), Anderson (Waqas), Peterson (Shaheen), Walsh (Mustafa), Johnson (Wisal) and Peterson McKenzie (Usman). Prior to this attack, in September 2010 a senior German militant named Abdul Ghaffar was killed in a drone strike.

On December 15, 2010, another drone missile killed two Britain nationals in Darpakhel. They were identified as Stephen, age 48, and Darry Smith, aged 25. Stephen (Abu Bakkar), after converting to Islam, went to Afghanistan in 2009 and joined al-Qaeda. He was accompanied by the slain Smith (Mansoor Ahmed).

Earlier, in October last year, another British senior militant named Abdul Jabbar was killed by a drone attack in North Waziristan. He was planning to establish a Taliban wing in Britain for attacking Europe.

Syed Saleem Shahzad is Asia Times Online’s Pakistan Bureau Chief and author of upcoming book Inside Al-Qaeda and the Taliban 9/11 and Beyond published by Pluto Press, UK. He can be reached at saleem_shahzad2002@yahoo.com. Tahir Ali is special correspondent for tribal affairs for AsiaDespatch.com.