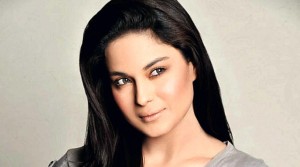 When Pakistani film and television personality Veena Malik went to India to participate in popular reality show “Big Boss 4″ she was doing a job – as an actress not an ambassador. According to Malik one of her tasks on the show was adding melodrama to the program – which she did. She was also, apparently requested to display a certain degree intimacy with Indian model and actor Ashmit Patel.  This was where it all went wrong. The Pakistani public’s moral barometer hit the roof at the sight of a “quom ki beti” cuddling in the arms of an Indian man. There was a general outcry as Malik was supposed to be “representing the country” not besmirching it. The question is was she really representing Pakistan?

We hate you; who are you?

Certainly, nationality is an important part of one’s identity while travelling abroad. When an entertainment or sport celebrity travels to another country under the management of a government organization; it can be said that they represent Pakistan. However, if anyone visits a foreign country in a personal capacity even to perform publicly this does not necessarily mean that they are representing the country. Honestly, how many of us even knew Aisamul-Haq was ‘representing’ Pakistan in tennis tournaments abroad for ten years before he made it to the semi-final of the US Open 2010 and came into limelight? As an adult, Veena Malik has the right to participate in any show she wants. Her behavior, whatever one may think of it, represents no one but herself.

Let’s assume that Malik was representing Pakistan just because everyone on the show knew her as an actor from Pakistan. What’s does the entire nation feel so ashamed of her intimacy with Ashmit? Would it have made a difference if a male actor from Pakistan had developed a relationship with an Indian woman? Did Pakistanis react the same way when former test cricketer Mohsin Khan not only acted in Indian movies but also got married to an Indian, half-Muslim actor Reena Roy?

The way Veena Malik had to defended herself on Express News’ show with Kamran Shahid’s was awe-inspiring. She was pitted against Mufti Abdul Qavi and his main contention was that Malik had trampled the honor of the nation. I’ve explained already that it shouldn’t matter to us what she did but the actress raised several important points:

1. Why are people obsessed with the vulgar side of things? Why are our minds so filthy?

2. Why are people singling her (Veena Malik) out when there is plenty of obscenity being produced right here in Pakistan?

The Mufti was left with no arguments except a rather random example of Sania Mirza. Apparently, since Mirza is the wife of a Pakistani cricketer, she has now become the nation’s darling. Does Mufti sahib realize that as many as three fatwas have been issued against Sania in the past six years for wearing shorts on court, for promoting safe pre-marital sex and for allegedly living with Shoaib before marriage?

For me, Veena Malik won the debate when she asked Mufti sahib to focus his attention on the issue of maulvis sodomizing young boys instead of attacking her. True, the Pakistani nation never feels ashamed when a woman is gang raped and paraded naked in the streets. At that time our ‘honor’ vanishes in thin air! An independent woman’s decision to behave in a way that we see as “unladylike” is apparently enough to spark a national debate.

I applaud Veena for standing up for herself in the face of this ridiculous public trial; for giving words to the feelings of those countless people who fear to speak out in public even on real issues faced by our society.

One thought on “Veena Malik – FrontLine with Kamran Shahid!”