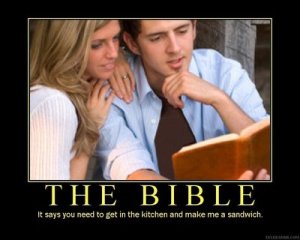 Blasphemy can be a deadly affair in Indonesia and Pakistan, two of Asia’s largest Muslim-majority countries. Triggered by allegations of blasphemy, virulent mob attacks against those perceived to have offended Islam have rocked the two countries in recent months.

While Indonesia and Pakistan have laws that specifically address issues of blasphemy, those unfortunate enough to be labeled blasphemers are rarely taken to court. Encouraged by, if not with tacit approval from, conservative Muslim leaders, Indonesian and Pakistani mobs have been taking the law into their own hands instead.

On Feb. 5, three Indonesian adherents of Ahmadiyah, a sect with origins in 19th-century British India and considered heretical by many Muslims, were killed when a mob raided their house in Pandeglang, a town in Banten province to the southwest of Jakarta.

This was the deadliest attack yet on the sect — which has 200,000 to 500,000 followers in Indonesia — that subscribes to most of the tenets of Islam but recognizes its founder, Mirza Ghulam Ahmad, as a prophet. Sunni Muslims, the great majority of Indonesians, believe that Muhammad is the last prophet, and any claim to the contrary is considered offensive to Islam and thus blasphemous.

Under great pressure from Muslim conservative groups, the Indonesian government has been trying to persuade — to no avail — Ahmadis, followers of Ahmadiyah, to cease all “deviant” religious activities and “return to the right path,” or at the very least drop their claim to being Muslims. This is the gist of a 2008 joint decree signed by Indonesia’s Minister of Religious Affairs, Minister of Home Affairs, and Attorney General.

Deriving its legal basis from an anti-blasphemy law originally promulgated in 1965, the joint decree also enjoins that Muslims refrain from attacking Ahmadis. As Ahmadis refused to obey the joint decree, conservative Muslim groups have grown impatient and attacks on Ahmadis have become more frequent and more violent. A YouTube video of the Feb. 5 raid shows frenzied attackers beating an Ahmadi to death while shouting “God is great” in — or perhaps because of — the presence of unstirred police officers.

Two days later, with Indonesia still in shock after the brutal attack on the Ahmadis, another mob vandalized several churches in Temanggung, a town in Central Java. The trigger this time was a district court’s ostensibly insufficiently harsh conviction of a man charged with insulting Islam through the leaflets he had produced and circulated around town.

Antonius Richmond Bawengan had received the maximum sentence of five years under the anti-blasphemy law, but the crowd amassing in court to hear the verdict demanded nothing less than the death penalty. That Bawengan’s leaflets also insulted Christianity mattered little to the mostly Muslim crowd. More disturbingly, attacks on Christian churches and schools have become more frequent under many pretexts, blasphemous or otherwise.

In Pakistan, two top government officials have been assassinated in the last two months for speaking out against the anti-blasphemy law, apparently a capital offense. On March 2, Federal Minorities Minister Shahbaz Bhatti, a Christian and a member of the ruling Pakistan People’s Party, was shot in Islamabad by unidentified gunmen as he left home for work.

No one has claimed responsibility for the attack, although Bhatti had said before his death that he had received many death threats. There was no doubt about who killed Salman Taseer, the governor of the Punjab, on Jan. 3: his own bodyguard.

Instead of widespread handwringing, reports from Pakistan immediately after the murder described massive rallies of Muslim conservatives who endorse the murder. Both men spoke in defense of Asiya Bibi, a Christian farmer who was sentenced to death for insulting prophet Muhammad and is awaiting execution.

Although the anti-blasphemy law has been part of the criminal code since the creation of Pakistan, the death penalty was introduced in 1984 as an addition to life imprisonment for offenses that amount to insulting Islam, the Koran, and Prophet Muhammad. Only in 1992 did capital punishment become mandatory for those specific offenses.

Nevertheless, while no execution has taken place in Pakistan under the anti-blasphemy law, extrajudicial killings of over 30 people presumed guilty of those offenses by angry individuals or mobs have occurred. According to the Asian Human Rights Commission, at least 1,030 people had also been charged for blasphemy in Pakistan since 1986. The fatalities figures exclude Ahmadis who, as in Indonesia, have been the target of recurrent violent attacks. In May 2010, a mob massacred 86 Ahmadis in a Lahore mosque after Friday prayers.

Furthermore, Pakistan has declared Ahmadis to be non-Muslims and continued to let violent persecution of the sect persist. This is little comfort for Indonesian Ahmadis who are under pressure to drop their claim to being Muslims.

In light of these recent events, there is little hope of seeing the anti-blasphemy laws in Indonesia and Pakistan repealed any time soon. On the contrary, both governments are under growing pressure from conservative Muslim groups to deal even more harshly with religious minorities that are perceived to offend Islam and with any effort to alter the legal status quo.

Presiding over a precarious coalition government, Pakistani Prime Minister Yousaf Raza Gillani has ruled out repealing the anti-blasphemy law, and Sherry Rehman, a coalition politician whose bill would repeal the law, has been told to withdraw the offending bill. In Indonesia, the Constitutional Court rejected by a majority decision a petition to have the 1965 anti-blasphemy law annulled in April 2010.

The anti-blasphemy law’s increasing use in the two countries is a reflection of the growing political clout of conservative Muslim organizations, and religious minorities are increasingly finding themselves at the wrong end of the law. The Ahmadis are the most vulnerable because their belief itself is considered blasphemous by the majority Muslims.

At a time of increasing religious intolerance, conservative Muslims may construe any indication of slight by members of other religious minorities, Christians in particular, to be a blasphemous offense. A relative absence of government intervention in cases of violent vigilantism, a judiciary unwilling to stand up for the defense of minority rights, and a legislature swayed by conservative Muslim leaders cannot but undermine the underpinnings of the state.

Indonesia and Pakistan support the resolution on “the defamation of religions” at the UN Human Rights Council. Each year, the Council votes on the resolution, which is proposed by Pakistan on behalf of the Organization of Islamic Congress, to address concerns about the rise of Islamophobia around the world. Looking at recent events, Indonesia and Pakistan have a far bigger problem at home than Islamophobia.

The writer is visiting fellow at the East-West Center in Washington and formerly editor-in-chief of
The Jakarta Post.