Osama a casualty of the Arab revolt
By Spengler 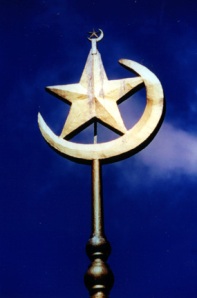 More surprising than the death of Osama bin Laden on Monday was the fact that he lived unmolested in a mansion in Abbottabad, about 65 kilometers north of the Pakistani capital Islamabad. How many Pakistani officials and others must have known about this? “America can do whatever we set out mind to,” President Barack Obama intoned in his May 1 announcement of Bin Laden’s death at the hands during a strike by Pakistani and American special forces.

Not, apparently, without a little help from its friends, and remarkably belated help at that.

Normally I do not speculate on operational matters; to solicit information on secret matters even from very good sources is like telling Pinocchio, “Lie to me.” Some considerations here are obvious, though, even without the usual disinformation. It is hard to conclude otherwise that Bin Laden died this week because people who knew his whereabouts chose this particular moment to inform the US authorities. What has changed? The simple answer is: everything has changed. Instability in the Muslim world has reached a level that makes Bin Laden redundant.
The overthrow of Egyptian president Hosni Mubarak and the near-overthrow of Yemini President Ali Abdullah Saleh, along with the eruption of instability across the whole of the Arab world, changed al-Qaeda’s position. From Riyadh’s vantage point, Bin Laden was a loose cannon and an annoyance, but no threat to the strategic position of Saudi Arabia.

The royal family preferred to allow some of its more radically-inclined members to provide support to Bin Laden on a covert basis in return for al-Qaeda’s de facto agreement to leave the Arabian Peninsula in peace. As a WikiLeaks cable revealed, US Secretary of State Hillary Clinton wrote in a secret December 2009 memo, “More needs to be done since Saudi Arabia remains a critical financial support base for al-Qaeda, the Taliban, LeT [Lashkar-e-Toiba] and other terrorist groups.”

In the slow-burning civil war in Yemen – a proxy war between Riyadh and Tehran – al-Qaeda acted as an Iranian ally. This was an annoyance to the Saudis as long as the Saudi-allied regime remained intact. The near collapse of Saleh’s regime, though, threatens to give Iran an additional foothold on the Saudi border.

Although Bin Laden himself is Sunni, al-Qaeda’s closest state relationship almost certainly is with Iran. Among the would-be bombers arrested in Germany last week were Iranian nationals, apparently collaborating in an al-Qaeda operation. That is not new. America’s bipartisan 9/11 Commission concluded that Iran had opened its border to al-Qaeda elements in Afghanistan no later than 2000.

In short, while al-Qaeda had drawn funding from both Saudi and Iranian sources, in present circumstances its activity tended to serve Iranian rather than Saudi interests. Support for terrorism, moreover, is a two-way street: precisely because Saudi Arabia was “a critical financial support base for al-Qaeda”, Saudi intelligence knows something about the recipients of their money.

The Saudis, moreover, have an interest in cleaning up the terrorist associations of the Pakistani military. As the Saudi cold war with Iran grows increasingly hot, Riyadh may look towards Islamabad for military support. Asia Times Online has reported that the Bahrain National Guard already is recruiting Pakistani mercenaries. (See Pakistan ready for Middle East role, April 2.)

And there is speculation that Saudi Arabia in a pinch might ask for Pakistani troops, and also that Riyadh might source nuclear weapons technology from Pakistan to counter Iran’s nuclear program. Where else might the Saudis go for support in a war with Iran? The Saudis cannot trust the United States. King Abdullah reportedly was enraged that Obama pulled the rug out from under Mubarak, a longstanding American ally. And they cannot trust the Turks, who have become the region’s spoiler.

Pakistan’s military capacity and urgent need for money make it the Sunni power most amenable to Saudi interests. That is one more reason to clear the deck of unreliable elements like Bin Laden.

Ironically, Bin Laden appears to be a casualty in the great Arab breakdown of 2011. We can only guess as to the details of his demise, and may never know the entire truth. But it is a fair conclusion that he was crushed between the tectonic plates now shifting in the Muslim world.

That makes American self-congratulation over the killing a bit unseemly. American special forces may have been the proximate cause of Bin Laden’s violent death, but the efficient cause is a great strategic upheaval that America does not yet understand, and is not prepared to respond to.

Spengler is channeled by David P Goldman. Comment on this article in Spengler’s Expat Bar forum