In an era where multinational corporations and linked international security networks exert increasing control over our daily lives, we have to fight their attempts to profit off our divided and balkanized communities by establishing independent connections with one another. Even though the United States has caused many horrible things around the world, there is still a powerful movement of people in this country that will stand up for justice for the world’s underserved populations when needed.

The Kool-Aid of the propagandistic corporate media, political duopoly partisans and Islamophobes want to divide people of the world in order to divide and rule because unity makes people stronger and harder to control.

Transnational citizen’s movements are developing to respond to transnational political and economic elites. Some of the most famous American voices for peace and justice have signed asolidarity statement with top Egyptian activists, in order to affirm common goals and principles required to bring real change on both sides of the globe. Noted American activists such as Noam Chomsky and noted Egyptian activists such as Asmaa Mahfouz and Ahmed Maher have signed in support for one another’s common transnational goals.Their statement is coupled with a vow to stand in solidarity with the October2011 Movement, beginning on October 6 (in Washington, DC’s, Freedom Plaza) and October 7 (in Egypt’s Tahrir Square), and we have found the ultimate antidote to anti-Americanism – mutual empathy for one another’s common grievances.

US-based signatories to the statement such as Chomsky and Chris Hedges remain well aware that wealth disparities, health disparities and military-industrial handouts have destroyed our nation and turned democracy into a charade. And so do Egypt-based signatories such as Ahmed Maher and Waleed Rashed from the April 6 Movement and Asmaa Mahfouz from the January YouTube video that brought thousands to the streets, as they see parallels between American struggles and their own struggles against oppression.

Does anyone really think that the crony capitalism of the barons of Wall Street is so much different than the entrenched cronyism of the Egyptian military leadership, many of whom only switched sides from Mubarak to the revolution once they knew the ship was going to sink? Despite the comparative numbers of dollars spent, does anyone think that US financial support of boondoggle Egyptian military contractors differs substantially from US financial support of boondoggle Iraqi contractors? Does anyone really think that the struggles for health care and labor justice in this country differ in principle from the struggles of Egyptian doctors and teachers fighting for a living wage and decent infrastructure?

Transnational citizen movements have become easier thanks to technology. The Internet really can connect common people on both sides of the globe and allow us to see shared truths hidden by corporate and state media. We are learning that major social media networks such as Twitter still shill out to Wall Street every once in a while. Not only has October2011 joined with the Egyptians, but the movement has joined with the Indignados of Spain on our common Road to Dignity. From the beginning, the October2011 Movement has called out to the world, their mutual support recognizing “that only together can we achieve our shared goals.”

Moreover, small protests localized to merely one country or region won’t cut it for issues nowadays that are exacerbated by pernicious special interests on both sides of the world or that affect the entire planet, like climate change. We need the truest possible expressions of international solidarity. We need large and simultaneous protests against common problems on both sides of the globe – or at least one large protest on one side of the globe, coupled with skilled advocates on the other side that can identify the right policymakers or venues within which to redress the relevant grievances.

For instance, if we want to reallocate larger portions of US foreign aid to Egypt’s military to grassroots civil society organizations instead, we must remember that both status quo Egyptian stalwarts and finely greased United States lobbyists will campaign hard against any changes. We’ve seen this in America every year, when defense lobbyists strangle our ability to decrease our own defense budget. A similar story bears true for civil society aid itself. On the United States side, 85 percent of United States Agency for International Development handouts> since January 25 have been funneled to US-based organizations rather than to Egyptians themselves;, while on the Egyptian side, corruption and poor management have prevented many beneficial effects of foreign aid from actually reaching the people. Effective transnational collaboration among activists is essential if we wish to entertain any hope of change.

Make no mistake, though – we must still entertain this hope. Realparticipatory democracy is needed in both Egypt and the United States as well as many other countries. Foreign cash flow is rolling into Egypt for vague terms like “democracy promotion” and to November parliamentary elections, often at an uneasily high level relative to current confidence in the integrity of political and electoral infrastructure. Disunity, backdoor manipulation and a significant lack of citizen political education all threaten upcoming constitutional talks, just like it did in post-2003 Iraq. More Americans recognize the mirage of our democracy as the two parties vie for corporate cash, with Obama seeking the first billion dollar campaign, often charging $35,800 to attend one event – more than the median individual income of Americans.

In addition, America’s selective and capricious support for Arab Spring movements while at other times supporting brutal Arab dictators, continued building of US military bases in the region, along with the already announced veto of Palestinian statehood, threatens a looming wave of frustration and anti-Americanism, all of which might be manipulated by pundits and corporate media in order to make these movements look like extremists. We need to stand strong against such challenges to reform.

If we want to see Egypt take the next step from revolution to authentic democracy, we need to build an international solidarity movement for political and economic change in the region which rivals the South African anti-apartheid movement or the post-war rebuilding of Germany and Japan in terms of its optimism and resolve. We need to take back the narrative of current history from the pundits who say, “Failure of revolutions is inevitable,” or, “Middle Eastern countries will inevitably devolve into ethnic infighting,” or even that “models of democracy are incompatible with Muslim-majority societies.” This type of cynicism is a cancer; and they are false.

In fact, these cynical talking points only serve the rhetorical interests of the elites in the Arab Spring nations, who caused many of these problems in the first place, along with opportunistic American political and financial elites, who are more concerned with hoarding wealth and power rather than justice. They avoid a larger discussion about the real issues of importance – namely, the socioeconomic inequalities and societal injustices which brought members of both the Arab Spring movements and the October2011 Movement to the streets. More well-established transnational partnerships between our activist movements will shatter the myth that both sides of the globe have to remain ideologically suspicious of one another’s intentions, and will draw more attention to our common problems that elites on both sides of the globe want us to avoid.

As many are repeating across the blogosphere, Egypt’s upcoming electoral and constitutional efforts will serve as an indicator of the viability of the Arab Spring protests to generate pragmatic change. The United States has a poor history with reform movements in the Middle East, but the country is not monolithic. Some of us actually take the idea of America seriously – stated simply by the October2011.org movement as a society which supports “human needs, not corporate greed.” If we wish to move forward in a manner that transcends rather than repeats history, we must realize that, together, we are far larger than the sum of our parts.

This work by Truthout is licensed under a Creative Commons Attribution-Noncommercial 3.0 United States License. 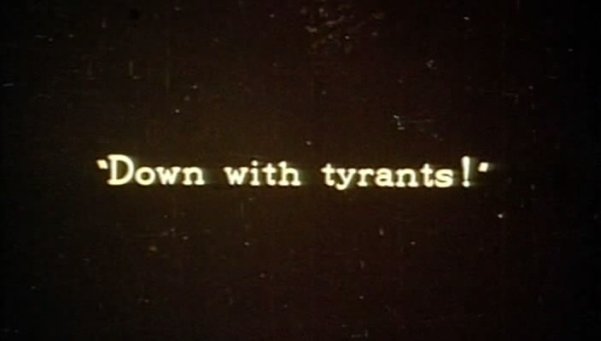