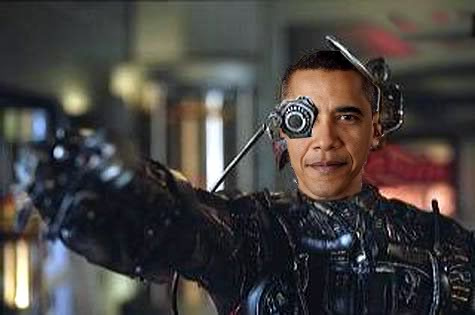 The life and death of American drones
By Nick Turse

The drone had been in the air for close to five hours before its mission crew realized that something was wrong. The oil temperature in the plane’s turbocharger, they noticed, had risen into the “cautionary” range. An hour later, it was worse, and it just kept rising as the minutes wore on. While the crew desperately ran through its “engine overheat” checklist trying to figure out the problem, the engine oil temperature, too, began skyrocketing.

By now, they had a full-blown in-flight emergency on their hands. “We still have control of the engine, but engine failure is imminent,” the pilot announced over the radio.

Almost two hours after the first signs of distress, the engine indeed failed. Traveling at 200 meters per minute, the drone clipped a fence before crashing.
Land of the lost drones
The skies seem full of falling drones these days. The most publicized of them made headlines when Iran announced that its military had taken possession of an advanced American remotely piloted spy aircraft, thought to be an RQ-170 Sentinel.

Questions about how the Iranians came to possess one of the US military’s most sophisticated pieces of equipment abound. Iran first claimed that its forces shot the drone down after it “briefly violated” the country’s eastern airspace near the Afghan border.

Later, the Islamic Republic insisted that the unmanned aerial vehicle had penetrated 240 kilometers before being felled by a sophisticated cyber-attack. And just days ago, an Iranian engineer offered a more detailed, but as yet unsubstantiated, explanation of how a hack-attack hijacked the aircraft.

For its part, the United States initially claimed that its military had lost the drone while it was on a mission in western Afghanistan. Later, unnamed officials admitted that the Central Intelligence Agency (CIA) had, in fact, been conducting a covert spy operation over Iran.

The drone crash that led this piece did occur in Afghanistan – Kandahar, to be precise – in May of this year. It went unreported at the time and involved not a sleek, bat-winged RQ-170 Sentinel, but the older, clunkier, if more famous, MQ-1 Predator, a workhorse hunter/killer machine of the Afghan war and the CIA’s drone assassination campaign in the Pakistani tribal borderlands.

A document detailing a US Air Force investigation of that Predator crash, examined by TomDispatch, sheds light on the lifecycle and flaws of drones – just what can go wrong in unmanned air operations – as well as the shadowy system of bases and units scattered across the globe that keep those drones constantly in the skies as the US becomes ever more reliant on remote-controlled warfare.

That report and striking new statistics obtained from the military offer insights into underexamined flaws in drone technology. They are also a reminder of the failure of journalists to move beyond awe when it comes to high-tech warfare and America’s latest wonder weapons – their curious inability to examine the stark limitations of man and machine that can send even the most advanced military technology hurtling to Earth.

Numbers Game
According to statistics provided to TomDispatch by the air force, Predators have flown the lion’s share of hours in America’s drone wars. As of October 1st, MQ-1’s had spent more than 1 million hours in the air, 965,000 of those in “combat”, since being introduced into military service. The newer, more heavily armed MQ-9 Reaper, by comparison, has flown 215,000 hours, 180,000 of them in combat. (The air force refuses to release information about the workload of the RQ-170 Sentinel.) And these numbers continue to rise. This year alone, Predators have logged 228,000 flight hours compared to 190,000 in 2010.

An analysis of official air force data conducted by TomDispatch indicates that its drones crashed in spectacular fashion no less than 13 times in 2011, including that May 5 crash in Kandahar.

About half of those mishaps, all resulting in the loss of an aircraft or property damage of $2 million or more, occurred in Afghanistan or in the tiny African nation of Djibouti, which serves as a base for drones involved in the US secret wars in Somalia and Yemen. All but two of the incidents involved the MQ-1 model, and four of them took place in May.

In 2010, there were seven major drone mishaps, all but one involving Predators; in 2009, there were 11. In other words, there have been 31 drone losses in three years, none apparently shot down, all diving into the planet of their own mechanical accord or thanks to human error.

Other publicized drone crashes, like a remotely-operated navy helicopter that went down in Libya in June and an unmanned aerial vehicle whose camera was reportedly taken by Afghan insurgents after a crash in August, as well as the December 4 loss of the RQ-180 in Iran and an even more recent crash of a MQ-9 in the Seychelles, are not included in the air force’s major accident statistics for the year.

Group effort
The United States currently runs its drone war from 60 or more bases scattered across the globe. They range from sites in the American southwest with lines of trailers where drone pilots “fly” such aircraft via computer to those far closer to the battlefield where other pilots – seated before a similar set up, including multiple computer monitors, keyboards, a joystick, a throttle, a rollerball, a mouse, and various switches – launch and land the drones. On other bases, aspiring drone pilots are trained on simulators and the planes themselves are tested before being sent to distant battlefields. The May 5 Predator crash about a 400 meters short of a runway at Kandahar air field drives home just how diffuse drone operations have become, with multiple units and multiple bases playing a role in a single mission.

When it crashed, it was being flown by an in-country pilot from the 62nd Expeditionary Squadron at Kandahar Air Field, whose parent unit, the 18th Reconnaissance Squadron, makes its home at Creech Air Force Base in Nevada, ground zero for the military’s drone operations. The crewman operating the sensors on the drone, on the other hand, was a member of the Texas Air National Guard based at Ellington Field in Texas.

The final leg of the doomed mission – in support of elite special operations forces – was being carried out by a pilot who had been operating Predators for about 10 months and had flown drones for approximately 51 hours over the previous 90 days. With less than 400 total hours under his belt, he was considered “inexperienced” by air force standards and, during his drone launch and recovery training, had failed two simulator sessions and one flying exercise.

He had, however, excelled academically, passed his evaluations, and was considered a qualified MQ-1 pilot, cleared to fly without supervision.

His sensor operator had been qualified by the air force for the better part of two years, with average or above average ratings in performance evaluations. Having “flown” a total of 677 hours – close to 50 of them in the 90 days before the crash – he was considered “experienced.”

The fact that the duo were controlling a special operations drone highlights the increasingly strong and symbiotic relationship between America’s two recently ascendant forms of warfare: raids by small teams of elite forces and attacks by remote-controlled robots.

The life and death of American drones
During the post-crash investigation, it was determined that the ground crew in Afghanistan had been regularly using an unauthorized method of draining engine coolant, though it was unclear whether this contributed to the crash. Investigation documents further indicate that the drone’s engine had 851 hours of flight time and so was nearing the end of the line. (The operational lifespan of a Predator drone engine is reportedly around 1,080 hours.)

Following the crash, the engine was shipped to a California test facility, where technicians from General Atomics, the maker of the Predator, carried out a forensic investigation. Significant overheating had, it was discovered, warped and deformed the machinery.

Eventually, the air force ruled that a cooling system malfunction had led to engine failure. An accident investigator also concluded that the pilot had not executed proper procedures after the engine failure, causing the craft to crash just short of the runway, slightly damaging the perimeter fence at Kandahar Air Field and destroying the drone.

The clear conclusion reached by accident investigators in this crash stands in stark contrast to the murkiness of what happened to the advanced drone now in Iranian hands.

Whether the latter crashed thanks to a malfunction, was shot down, felled by a cyber-attack, or ended up on the ground for some other reason entirely, its loss and that of the special ops drone are reminders of just how reliant the US military has become on high-tech robot planes whose major accidents now exceed those of much more expensive fixed-wing aircraft. (There were 10 major airborne mishaps involving such Air Force aircraft in 2011.)

Robot war: 2012 and beyond
The failure to achieve victory in Iraq and Afghanistan, combined with a perceived success in the Libyan war – significantly fought with airpower including drones – has convinced many in the military not to abandon foreign wars, but to change their approach. Long-term occupations involving tens of thousands of troops and the use of counterinsurgency tactics are to be traded in for drone and special forces operations.

Remotely piloted aircraft have regularly been touted, in the press and the military, as wonder weapons, the way, not so long ago, counterinsurgency tactics were being promoted as an elixir for military failure. Like the airplane, the tank, and nuclear weapons before it, the drone has been touted as a game-changer, destined to alter the very essence of warfare.

Instead, like the others, it has increasingly proven to be a non-game-changer of a weapon with ordinary vulnerabilities. Its technology is fallible and its efforts have often been counterproductive in these last years. For example, the inability of pilots watching computer monitors on the other side of the planet to discriminate between armed combatants and innocent civilians has proven a continuing problem for the military’s drone operations, while the CIA’s judge-jury-executioner assassination program is widely considered to have run afoul of international law – and, in the case of Pakistan, to be alienating an entire population.

The drone increasingly looks less like a winning weapon than a machine for generating opposition and enemies.

While human and mechanical errors are inherent in the operation of any type of machinery, few commentators have focused significant attention on the full spectrum of drone flaws and limitations. For more than a decade, remotely piloted aircraft have been a mainstay of US military operations and the tempo of drone operations continues to rise yearly, but relatively little has been written about drone defects or the limits and hazards of drone operations.

Perhaps the air force is beginning to worry about when this will change. After years of regularly ushering reporters through drone operations at Creech Air Force Base and getting a flood of glowing, even awestruck, publicity about the glories of drones and drone pilots, this year, without explanation, it shut down press access to the program, moving robotic warfare deeper into the shadows.

The recent losses of the Pentagon’s robot Sentinel in Iran, the Reaper in the Seychelles, and the Predator in Kandahar, however, offer a window into a future in which the global skies will be filled with drones that may prove far less wondrous than Americans have been led to believe. The United States could turn out to be relying on a fleet of robots with wings of clay.

Nick Turse is the associate editor of TomDispatch.com. An award-winning journalist, his work has appeared in the Los Angeles Times, the Nation, and regularly at TomDispatch. This article is the fourth in his new series on the changing face of American empire, which is being underwritten by Lannan Foundation. You can follow him on Twitter @NickTurse, onTumblr, and on Facebook.