Pakistan: a culture of intolerance
By Sajjad Ashraf 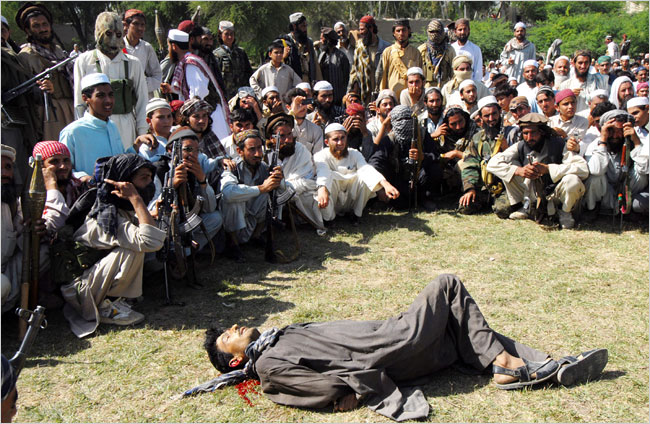 Pakistan’s impoverished and peaceful Christian community has endured mob rampages, blasphemy charges, and was largely spared the ravages of suicide bombings, till last month. Suicide bombings on September 22 at Peshawar’s All-Saints Church, which is designed like a mosque to reflect inter-faith harmony, killed 83 worshippers and injured more than 125, bringing to focus how the danger minorities face in the militancy raging across Pakistan. With almost a bomb a day since Pakistan Muslim League-Nawaz (PML-N) government took over in June, the church was indeed a soft target.

Since independence in 1947 minority numbers have fallen from about a quarter of Pakistan population to 3.7%. Most Hindus and Sikhs moved to India following ethnic riots at the time of partition. Many still do. The separation of East Pakistan, now Bangladesh, where Hindus formed one-fifth of the population reduced minority numbers further. Christians, who now constitute 1.6% of the population, live in a state of fear and are left to do most menial jobs.

Weakened minorities look towards the government to restore and protect their places of worship and other properties, which the land mafia continues to expropriate, abetted by state functionaries, for commercial purposes.

Forcible conversion of teenage Hindu girls and their marriage to Muslim boys is reportedly common in Sindh, where Hindus are mostly concentrated. Despite Supreme Court suo motointervention last year, none of the girls could go back for the fear of retribution, community leaders have claimed.

Christians are routinely accused of blasphemy over minor personal disputes. Aasia Bibi’s case grabbed world headlines in 2011 following the murder of Punjab governor Salman Taseer, by his own guard, for publicly stating that the law had been abused in Aasia Bibi’s case. His murderer was sentenced to death and is a hero to a substantial number of Pakistanis.

Pakistan witnessed heart-wrenching scenes when the Hazaras, a Shi’ite sect sat in sub-zero temperatures in Quetta for four days refusing to bury 100 of their dead. Shi’ites blame the killing of nearly 400 from among them during the past two years on the banned Sunni militant group, Lashkar-e-Jhangvi. The Ahmediya community, excommunicated in 1974 from the pale of Islam, is the target of some of the worst attacks. Even Ahmediya graves were desecrated in Lahore last year.

While law provides for equality and protection, state machinery stands by passively as hate crimes increase against the minorities.

Minorities now expect little protection from the state. The mystery for them is not the identity of their attackers. It is answering why the Pakistani state cannot – or will not – protect them? “Pakistani Christians have to constantly look over our shoulder,” laments a Christian digital communicator who is based in Dubai.

Societal intolerance apart, the minorities face several kinds of discrimination and a worrying level of state inaction about it. School and college curricula are not tolerant towards diversity. Minorities face severely limited prospects for jobs, especially at the senior levels, and the Pakistani passport identifies a person through his/her religion.

Pakistan was created on the basis of minority rights, yet 66 years after independence minorities await the fulfillment of its founder, Mohammad Ali Jinnah’s words that, “[religion] has nothing to do with the business of the state”. The liberals blame Jinnah’s successors for turning Pakistan into a religiously bigoted, narrow-minded state. Religion, no doubt is used to maintain hold over a largely illiterate society, thus radicalizing further.

The military, especially since General Zia ul Haq, invokes Islam instead of nationalism. No wonder the soldier is now conditioned for jihad against infidels rather than defending the state.

Pakistan’s minorities have played an exemplary role in several sectors since independence. Education, law and healthcare stand out. Several war heroes are among them.

The new (Christian) minister of ports and shipping advises his community to escape the “minority syndrome”. Deeper introspection and a little sense of history suggest that states based upon perceived religious discrimination inevitably suffer paranoia and insularity. They become polarized, turning to the extreme right. In creating this exclusivity for the majority such states exclude minorities, from the mainstream nation building efforts.

The treatment meted to minorities and smaller sects of Islam raises wider questions about Pakistan’s societal culture of intolerance and its consequences.

Paradoxically, much of Pakistan appears oblivious or has given in to the cancerous extremism that is consuming a society that seemed tolerant until the 1970s. Faith now determines identity in Pakistan.

In order to roll intolerance back Pakistani leadership seriously needs to take stock and begin anew by looking at the curriculum, its inciteful media and societal discourse that is promoting extremism, much of it against the teachings of Islam. Pakistan needs to adopt fair economic policies that provide opportunities to the youth. The state must establish rule of law without fear or favor, value human life, and provide essential services to the less privileged.

Sajjad Ashraf is an adjunct professor at the Lee Kuan Yew School of Public Policy, National University of Singapore and an associate fellow at the Institute of Southeast Asian Studies, Singapore. He is a former member of Pakistan Foreign Service 1973-2008.