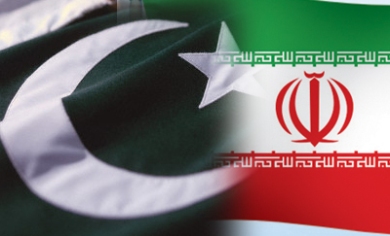 On February 6, five border guards in Iran’s southeastern province of Sistan and Baluchistan were abducted by the terrorist group Jaish al-Adl (the Army of Justice). This seemingly new group is most likely a renamed and repackaged version of the Jund ul-Allah (The Army of God) terror group, operating from Pakistani territory. Before tensions over the abduction of the border guards subsided, the Iranian Consulate in Peshawar in Pakistan’s northwest province of Khyber Pakhtunkhwa was attacked by a suicide bomber.

Terrorist activities against Iran, conducted by groups operating from Pakistan and to some extent Afghanistan, are nothing new. In 2009, for example, Jund ul-Allah and its leader, Abdul Malek Rigi, were involved in terrorist attacks in Iran’s Sistan and Baluchistan province and in killing and abducting Iranian Revolutionary Guards. Even as early as in the 1990s, several terrorist attacks were launched against Iran’s diplomatic representatives and offices in Pakistan. Throughout this period and despite Iran’s protests, Pakistan has done little to stop these attacks.

The latest incidents have once again raised tensions in Iran’s relations with Pakistan over the latter’s lax approach towards terrorist acts against Iran, conducted from or on Pakistani territory. Tensions over the abduction of border guards have reached such a point that some Iranian politicians have called on the government to go inside Pakistan to rescue its guards if the Pakistani government refuses to do so. In response, the Pakistani government warned Iran that it will not tolerate any Iranian incursion into its territory. However, in order to placate the Iranian government, the Pakistanis agreed to form a joint committee with Iran to pursue the fate of the Iranian guards. It was also reported that the Pakistani Prime Minister, Nawaz Sharif will soon visit Iran.

As has been its stance in the face of earlier Pakistani provocations, this time, too, Iran will not risk a military confrontation with Pakistan or other serious retaliatory action. However, if these latest tensions are not satisfactorily resolved, the downward trend in Iranian-Pakistan relations is bound to continue. 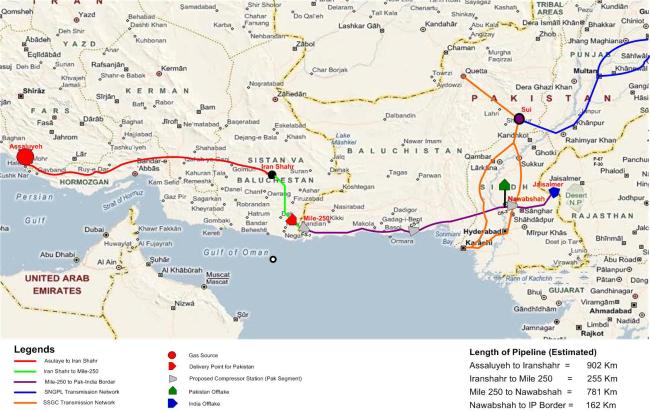 Even before the abduction of the border guards, Iran had been upset by the decision of Nawaz Sharif’s government to withdraw from its agreement regarding the export of Iranian natural gas to Pakistan, which was signed under the administration of Asef Ali Zardari. The pretext was that Pakistan did not have the resources to build its part of the pipeline (the Iranian side of the pipeline is already finished or very near to completion). Tehran also was not thrilled by the news of even-closer military cooperation between Pakistan and Saudi Arabia, which clearly was aimed at Iran and could even have a nuclear dimension.

However, the steady decline in Iranian-Pakistani relations over the last 35 years has deeper causes in the dramatic cultural shift in Pakistan since 1978 and the coming to power in Islamabad of General Zia ul-Haq, along with the equally drastic change in Iran’s politics and policies after the Islamic Revolution.

By the mid-1970s, heretofore close Iranian-Pakistani relations had already been strained by Zulfikar Ali Bhutto’s policy of chasing Arab petro-dollars and his turn towards Islam to enhance national solidarity in the aftermath of the separation of East Pakistan and the creation of Bangladesh. This drifting apart became clear when Bhutto decided to invite Libya’s Muammar Gaddafi to the 1976 Islamic Summit in Islamabad, although the Shah of Iran made clear that, in that case, he would not attend the summit, and despite the fact Iran had supported Pakistan in the latter’s 1971-2 war with India.

After Zia took power in 1978, he shifted Pakistan’s policy toward an alliance with Saudi Arabia and the Islamization of Pakistan, according to his blueprint of Nizam-e-Mustapha (The Prophetic System). The 1979 outbreak of the Soviet-Afghan War cemented Saudi-Pakistan relations and also led to the transformation of the country’s traditional Islam under Wahhabi-Saudi influences, the undermining of its Persian-influenced Mogul culture, and the elimination of the legacy of British rule.

As a result, today the Persian poetry of Allama Iqbal is no longer valued in Pakistan, and there is an effort to eliminate Persian words from day-to-day usage. For example, the traditional farewell, Khoda hafiz, has been changed to Allah hafiz, becauseKhoda is the Persian word for God. The growth of Wahhabi Islam in Pakistan also exacerbated relations with the country’s Shia minority, which had become more politically active under the influence of the Iranian Revolution, thus further straining relations with Iran, which was viewed as supporting Shia activism in Pakistan.

The shift in Iran’s foreign policy posture after 1979 and its antagonistic relations with the United States after the revolution, while Pakistan became even more important to America, was an added source of tension. Pakistan used Iran’s isolation to pressure it and in this way to increase Islamabad’s value to its Western and Arab allies, which were also bent on isolating Iran. Meanwhile, Iran’s hostile relations with the US undermined its ability to respond to Pakistani provocations. Instead, therefore, Iran courted Pakistan with offers of economic and energy cooperation, which the latter rebuffed.

Iran’s ability to respond effectively to Pakistan’s hostile moves was further restrained by the pan-Islamist tendencies of Iran’s foreign policy and its desire to retain the fiction of Islamic solidarity. For instance, this concern prevented Iran from using relations with India to show Pakistan that its hostility towards Iran would entail costs to Islamabad.

In sum, despite Iran’s latest warnings to Pakistan, any military action on its part is unlikely, and this crisis, too, will subside, with Pakistan offering soothing words but not much of tangible value. In the long term, given Pakistan’s cultural shifts and the financial lure of the Gulf Arabs, a return to the close relations of prior days is unlikely. However, should Iran resolve its problems with the United States and other Western countries and end its isolation, Pakistan will have to treat Iran with more caution and respect.

Speaking Freely is an Asia Times Online feature that allows guest writers to have their say. Please click here if you are interested in contributing. Articles submitted for this section allow our readers to express their opinions and do not necessarily meet the same editorial standards of Asia Times Online’s regular contributors. 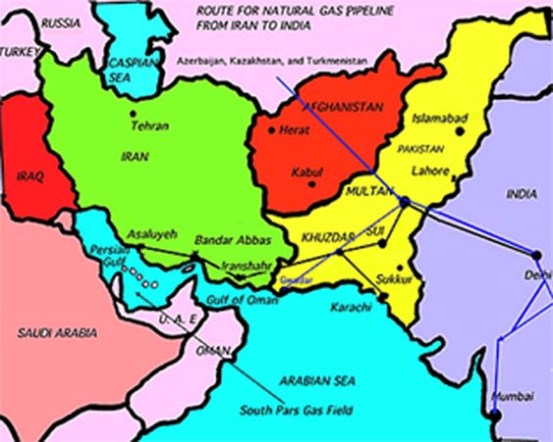