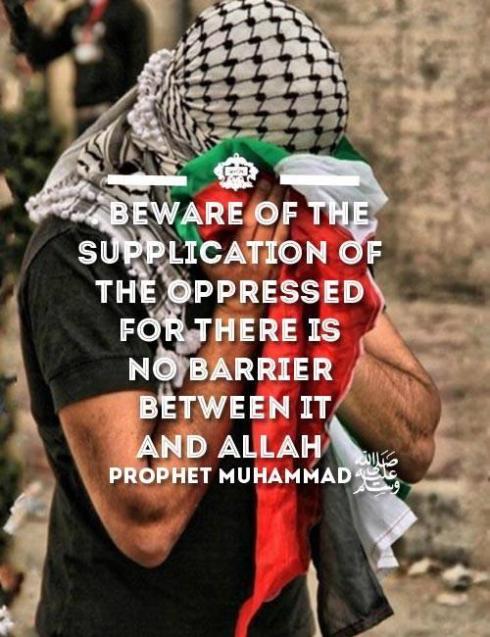 Non-Muslims, possibly even a number of Muslims as well, see Islam as a religion that has bred oppressive rule, intolerance, underdevelopment, corruption, and inequity with opulence alongside poverty. While this broad depiction would appear to apply to most Muslim countries, it has little to do with Islamic teachings of the Koran (the indisputable guide for all Muslims) and the generally accepted interpretations of Koranic teachings offered by the Prophet Mohammad.

The dismal state of most Muslim countries is, in our opinion, the result of oppressive and unjust rule that has preempted effective institutions and governance.

Islam is a rules-based system with a prescribed method for humans and society to achieve material and non-material progress and development grounded in rule-compliance and effective institutions. The foundations of the Islamic economic system were laid down centuries ago in the Koran and practiced by the Prophet Mohammad in Medina during his brief time on this plane of existence. These rules that were laid down by the Almighty are at the foundation of the Islamic system and provide the required effective institutions.

The institutional scaffolding of the Islamic economic system is thus formed by the rules of behavior defined by the Koran. As a result, the content and blueprint of Islamic economics is derived by: (1) extracting these rules and their economic implications from the Koran and the Sunnah – the way of life prescribed as normative for Muslims on the basis of the teachings and practices of the Prophet Mohammad – that define an Ideal Islamic Economy; (2) studying these institutions in the contemporary economy and determine the degree and extent of deviation between its institutional scaffolding and that of the Ideal Islamic Economy; and (3) prescribing policy recommendations to bridge the gap between the two.

The Islamic economic system is a market-based system, where markets are seen as the best and most efficient mechanism for resource allocation (production and consumption). But efficiency of the market system must not be confused with markets as an ideology, whereby unfettered markets are seen as philosophy or the basis of the economic system, something to be revered, untouched and placed on a pedestal. To be efficient, markets must have rules (such as information disclosure) to protect market participants (workers, producers, investors and consumers) and must be supervised with strict rule enforcement.

Private property that is legally acquired is held sacred in Islam, and property rights are fully protected. But Allah is the Creator of all things on this earth and His Creation has been given to humans of all generations in trust. Humankind acts as regents on this earth, preserving the rights of this and all generations to what Allah has provided.

Thus land and other natural resources (such as oil) must be developed in ways that benefit all humans of all generations equitably. It is imperative that the rights of the disabled and those of future generations are fully honored.

A major feature of The Almighty’s rules, conveyed in the Koran and practiced by the Prophet, is justice. Thus the Islamic institutional scaffolding and the Ideal Islamic Economy exude justice, and as a result the promotion of social and human development on this plane of existence is founded on rules that promote justice. As a result, the Prophet understood the essential objective of the message to encourage and insert justice in human societies, as emphasized in the Koran.

The Prophet taught the responsibility of the individual, the collectivity, and the state. He particularly emphasized the equality of individuals before the law, and that all rules that are incumbent on individuals and their collectivity must be more strictly observed by those in positions of authority. Thence his famous saying: “Authority may survive disbelief but not injustice.”

Insistence on justice became the hallmark of the institutional scaffolding of governance, a structure with full transparency and accountability. Rule-compliance that embraces the pursuit of social justice is a requirement of each and every Muslim during every day his or her life on this earth. Justice is essential in all endeavors as the pursuit of justice leads to spiritual fulfillment and brings humans closer to their Creator.

In Islam, conventionally measured GDP per capita and GDP growth are not society’s only economic goals. There are overriding spiritual, moral and human dimensions to all economic endeavors. Humans need bread to live but do not live by bread alone. The goal of progress and development is the overall wellbeing of humans and society.

In Islam, institutions have been seen as an essential element and the foundation of achieving human and economic development, something that became only popular in conventional economics about 30 or so years ago but had been almost forgotten from the writings of Adam Smith with the emergence of neoclassical economics.

All humans should have the same (similar) opportunity and the freedom to achieve their economic goals (a level playing field in education, healthcare and basic nutrition) through hard work, while preserving the rights (not to be confused with charity) of the disabled. After humans have worked and received their just rewards, then they must help the less fortunate to eradicate poverty and avoid great disparities in wealth; this is a test for humans to show their love for their Creator and His creation as contrasted with a love of fleeting wealth. Individuals as well as the state should remove all roadblocks, importantly including oppression, from the path of human development.

Again, we repeat that the overarching rule in Islam is rule compliance and standing up to rule violators. Compliance with this rule is required of all members of society. In a sense, the government’s role is akin to a trustee of society and a referee to make sure that rules are followed for the good of society. Thus, the foundation for a legitimate government is its rule-compliance.

The government makes a commitment to strict adherence to rules prescribed by the Koran in exchange for the loyalty of the people, so long as that government remains rule-compliant. But members of the community must be engaged also and support rule compliance.

While all public policies shape economic developments in a community, the direct policies needed to support development in the Islamic economic system are policies that are targeted to achieving (the Islamic vision):