Allamas, professors and Pakhtuns
Farooq Sulehria
It is significant and praise-worthy that Allama Ghamidi took notice of the criticism levelled against his portrayal of Pakhtun culture during a recent TV talk show. However, instead of acknowledging the points raised in the criticism against him, he used a familiar excuse – he was misunderstood by his critics.

“I was referring to tribal culture, in general, and did not pinpoint Pakhtun culture”, he said. Since TV show recordings are available online, curious readers can watch the show in question and judge for themselves.

To distance himself from the extreme position he had previously taken whereby he attributed barbaric Taliban action, such as the beheadings of 23 FC personnel, to tribal culture, he swung to the other extreme. In the follow-up programme, Dr Ghamidi said, “Pakhtuns are indeed brave people”.

His definition of bravery? “Wo marnay maarnay kay leay tayyar rehtay hain” (they are ready to kill or be killed), he commented. In other words, whether brave or barbaric, Pakhtun tribals’ only pastime is murder.

However, it was hard to judge if our Allama differentiates between the Pakhtun tribal culture of Fata and Pakhtun culture in the so-called settled areas of Khyber Pakhtunkhwa. Most importantly, one wonders if the Dari-speaking Pakhtun elite that has ruled Afghanistan, and once dominated Kabul’s city life, is excluded here or constitutes part of the ‘tribal Pakhtun culture’. Likewise, the Pakhtun diaspora was excluded.

Meanwhile, commenting on the debate triggered by this controversy, Professor Tahir Kamran, in an essay in The News on Sunday (March 2), ‘Pakhtun ethos for Ghamidi’, has engaged in the same exercise – Pakhtunising terrorism; the Pakhtun culture he delineates is monolith and static. “The irony is that Pakhtunwali did not undergo any process of evolution over time. Or if it has imbibed any changes, those have not been mapped conceptually”, he asserts.

Couched in postmodernist phraseology, his essay duly invokes Michel Foucault, pretty unnecessarily though. To spice up the Foucauldian curry, the essay is also salted with Fanon and peppered with Arjun Appadurai. That Fanon would have felt irritatingly awkward in the company of Foucault and Appadurai does not bother our professor.

Our professor wraps up his essay thus: “Taliban…fit in well with Frantz Fanon’s ideas in which he considers violence as a necessary and inevitable tool for decolonisation, which in itself is a process not a moment. Taliban, too, ostensibly are fighting for decolonisation not only from America but more so from Pakistani state, which they deem un-Islamic, therefore condemnable”.

I was not astonished by this conclusion without any sympathy for the victims (anti-polio campaigners, women, children, ANP activists, FC personnel) of the Taliban’s ‘anti-colonialism’. Even more outrageous characterisations of Taliban butchery have emerged.

No, I am not hinting at apologia a la Imran Khan/General Hamid Gul & Co. I am speaking about left-wing revolutionaries who have been busy lending the aura of class struggle to puritan barbarism. But then Karl Marx has been subjected to many ignominies by his worthy disciples all over the world. Why should our Pakistani comrades be singled out?

While Marxists at least introduced a new flavour to intellectual nonsense, our professor blames modernisation, which has led to the ‘deterritorialisation of violence’. It does not matter what ‘deterritorialisation of violence’ means in the Taliban’s case; he does explain. In any case, the important thing is to blame modernity. Ironically, Allama Ghamidi attributes the violence in tribal culture to a lack of modernity. 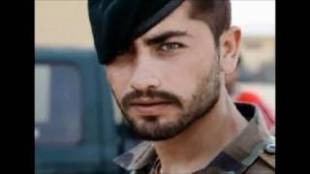 At the same time, our professor emphasises, violence is embedded in Pakhtun culture. Proof? Well, we should not disregard that Ahmed Shah Durrani and Nadir Shah have been doing it all, though during war-times. Whether Professor Sahib considers Nadir Shah an Afghan or an Iranian is left ambiguous. Ambiguity is, after all, the soul of the Foucauldian cult.

Likewise, as Erinn Banting states, we should always remember “that in Pakhtun lore even a mere taunt (or paighor) is regarded as an insult which at times can be redressed by shedding the taunter’s blood”. Also, Pakhtunwali’s code of badal (justice/revenge) “may lead to a blood feud that can last generations … with the loss of scores of lives”.

In short, when Professor Kamran is in the mood to grant concessions to Pakhtun culture, he glorifies the Taliban as anti-colonialists. Otherwise, they are eternal savages. In other words, neither our Allama nor our professor can see the Pakhtun beyond a stereotypical, monolith Pakhtun culture. It is always a warrior who articulates Pukhtun aspirations. If you cannot be rudimentary Ghamidi-style, you can be evasive and mystifying like our professor. 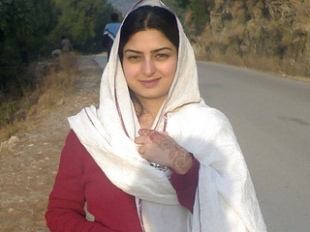 The writer is a freelance contributor.