The occasion was an event held to mark International Women’s Day, a couple of days after it is celebrated on March 8 every year. The venue was a public university in Islamabad. The organisers were girl students and women teachers of a department within the university. The audience included mostly students and some teachers, both women and men. The participants, who presented a variety of performances, ranging from songs and poems to speeches and mimes, comprised bold and bright girl students from the university. The event had to conclude with a panel discussion on this year’s theme for March 8, ‘Equality for women is progress for all’.
Some of the performances by the students and presentations by the teachers were impressive. The talent displayed by those reciting poetry or singing songs to celebrate the lives, struggles and achievements of Pakistani women in the face of challenges posed by our social, cultural and religious norms were surely inspiring. The girls who had arranged the show, the organisers and the participants, and the young women and men in the audience visibly came from different tiers of the middle class. Barring a few, most didn’t seem too affluent.

The panel discussion towards the end had a fairly senior retired army officer-turned-educationist as chair. It had four other male speakers: a young professor clad in a white starched kurta shalwar, a jacket and a turban; another young man in a similar dress but introduced as a religious scholar of some order and called either Shaikh Sahib or Mufti Sahib; a senior professor from another public university; and me as the fourth speaker. There were three women faculty members from two public universities in Islamabad also on the panel.

The men on the panel, who watched the whole programme and had apparently enjoyed the performance as they were clapping all along, had their turn now to speak to the audience – largely women – who were intently hearing and absorbing what was being said. The young professor took to the microphone and turned into a preacher. Without any mention of March 8 and its significance for the women of the world including those in Pakistan, he made a spiel about the greatness of his brand of faith (as he mentioned things that constitute a part of a particular sect’s interpretation), the deliverance of humankind as viewed by him, the glorious history of Muslims until the middle ages, the role Muslim women have played in the early years of Islam, and finally, how Pakistani women can find solace in treading the path laid out for them by divinity.

While speaking to the audience, he continued to refer to the young Mufti Sahib, not only for getting his views endorsed but also to ask him to confirm the historical incidents he was selectively quoting to belabour his points. Before passing on the microphone, as part of a ritual expected from our friends like these on such occasions, he told the audience how hollow people have become in the west and how spiritually fulfilled those Muslims are who agree with his assertions about life and this world. Of course, he said that he could vouch for that since he had spent many years in the UK.

The spiel had set the tone of the short speeches from the other honourable men and a lady, who were supposedly all there to show solidarity with women and speak for their rights on the occasion of International Women’s Day. The two other women from some gender studies departments had already been intimidated.

The young Mufti Sahib who spoke now was subtle and looked amenable. Even his presence in a women’s function would provide some succour to the audience. However, even in a soft voice he did not stop short of mentioning the war waged between kufr and Islam all over the world and how Muslim women should rise to the occasion to protect their culture and tradition. The senior professor congratulated the young women for their achievements but then got carried away – making references to history he knew even a little less than the others on the panel – and almost became an evangelist himself. 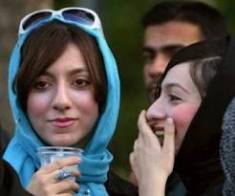 The chair of the occasion, the retired army officer-turned-educationist, went even beyond what the three other men had said. He asked the young and old women present in the hall to question the very basis of celebrating days like March 8. He said it all came from the west and clashed with our faith, ideology and culture. He questioned the concept of gender equality and said that since paradise lies under a mother’s feet, women are superior to men in that respect. In other respects, men can be superior to them. So there is no equality in nature, no equality can ever be achieved and no equality should be aspired for.

Now, I share with you a few questions that came to my mind. Why in the first place did the chair agree to be the chair and the chief guest if he fundamentally disagreed with the very concept of an international women’s day? Why did the three other speakers preach to our young women about the greatness of their versions of faith in a totally abstract manner? Wouldn’t it have been more appropriate to mention in detail the rights ensured for women for the first time in any revealed religion and how Islam helped expand public spaces for women?

Wouldn’t it have been more beneficial had Mufti Sahib told the audience that Muslim women cannot be married against their will, have inheritance rights, the right to divorce, the right to education and wellbeing as much as men. That what happens in Pakistan and some other Muslim countries in the name of Islam is actually far more primitive in nature than what Islam came up with 15 centuries ago. But it doesn’t mean that the jurisprudence we follow and the interpretations different sects have today – all more than a millennium old – need no review. It is the values of the great faith that are universal and not the social and legal codes derived from these values.

I always wonder how we can squarely level blame on the west for this internal battle of ideas between rationality and orthodoxy among Muslims – from Morocco to Indonesia. Western colonialism did play a role in sharpening the dividing lines between Muslim sects and various schools of thought in the 19th and early 20th century. But it has been more than half a century since Muslim-majority lands have been liberated.

If polio vaccination and girls’ education are seen as part of a western agenda in these times, then we are surely doomed. While selectively using religious texts to the benefit of your school of thought or discerningly quoting from history to establish a past glory that is more of an illusion than reality, do such preachers and commentators ever realise that they are committing a disservice to both our faith and our people?

Iqbal, in one of his lectures compiled under The Reconstruction of Religious Thought in Islam, says, “The tendency to over-organisation by false reverence of the past, as manifested in the legists of Islam in the thirteenth century and later, was contrary to the inner impulse of Islam.”

It seems that those who want to create a world based on their interpretation of faith know very well that with the level of modern knowledge, technology, philosophy and management expertise they collectively possess, it is impossible for them to prevail upon either the west or countries in the far-east. The easy choice they are left with is to impose their view of the world on the mind and body of a physically and intellectually vulnerable Muslim woman.

The writer is a poet and author based in Islamabad.

One thought on “Ah! The Muslim woman”