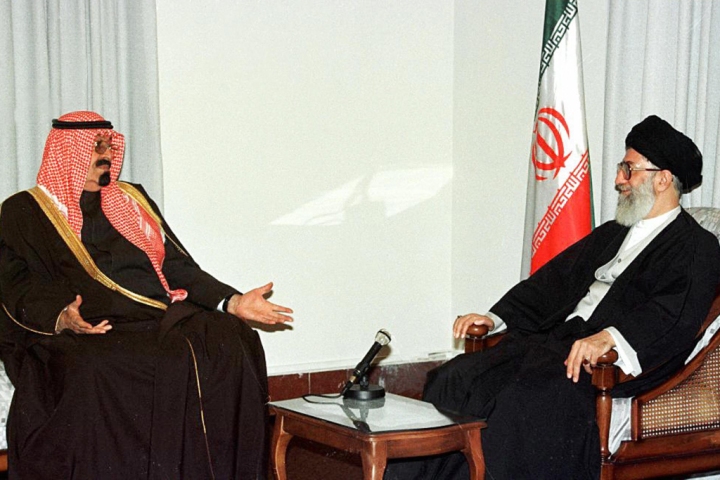 The terrorist strike last week on the Saudi border post facing the Iraqi province of Anbar — known to be the Islamic State’s first assault on the kingdom — could be the proverbial straw on the camel’s back, forcing Riyadh into a profound rethink of its regional strategies imbued with the rivalries involving Iran.

Tehran has effectively countered the Saudi plots in Syria and Iraq and at the moment would seem to have the upper hand. The last-ditch Saudi attempt to hurt the Iranian economy by forcing a steep decline in oil prices is not only not having the desired effect but, as President Hassan Rouhani explicitly warned yesterday, Riyadh may end up shooting at its own feet (as well as the Kuwaiti brother’s).

However, it is the attack on the Saudi post by the IS (killing two border guards and their commanding officer) that becomes a defining moment. The fact that the IS attackers included three Saudi nationals must be a rude awakening. To be sure, the blowback has begun. The Saudis hope to erect a ‘great wall’ and insulate themselves from the IS barbarians next door but that is sheer bravado.

The security situation in Anbar province, which is held by the IS, is becoming very acute. Tribal disunity combined with the Iraqi forces’ limitations has given the upper hand to the IS, which has let loose a reign of terror to systematically eliminate resistance. A lot of ground work is needed to create an organized tribal resistance to the IS (on the lines of the famous ‘Awakening’ in the last decade in the Sunni regions under US occupation) and it may partly explain the Saudi decision to reopen the embassy in Baghdad after a gap of a quarter century.

But in the ultimate analysis, it is only with a joint effort with Iran that Saudi Arabia can turn the tide of the IS threat to its national security. Riyadh and Tehran seem to be signaling at each other like strangers in the night exchanging glances. The influential Iran Daily commented in an editorial that Iran-Saudi “differences are not so substantial that they can’t be resolved.” It warned that the IS “could jeopardize the system of government in Saudi Arabia” since its “slogans can motivate” people to rise against the regime. The editorial took note that Iran-Saudi cooperation “would bring security and stability to the entire Middle East.”

Of course, the terms of engagement will have to include the question of oil price. Iran Daily admitted that the Saudi decision to increase the crude production leading to the steep fall in oil prices amounts to “using oil as a means to deal a blot to its rival – namely Iran” and “this has created economic problems for Tehran.” Having said that, the editorial also rubbed it in that the Saudis are far from a position today to dictate terms: “King Abdullah’s health is rumored to be deteriorating by the day and reports suggest there is a power struggle among Saudi princes. Mulling over a new system of government might be the way out for the Saudis.”

In the developing scenario, a Saudi rethink on regional strategies is becoming unavoidable. In an opinion piece today in the Saudi establishment daily Asharq Al-Awsat, Prince Turki, former head of Saudi intelligence, was exceptionally harsh on the IS, even rechristening the Da’esh as Fahesh (meaning ‘obscene’) and comparing them with the Kharijites of the seventh century notorious in Muslim Arab story for their barbarity. Such scathing condemnation of an erstwhile progeny only shows that the Saudis may be realizing that the ploy to play the sectarian card against Iran in the power projection in the region has proved costly and counterproductive and is fraught with negative consequences for their own core interests. The best thing for Saudi Arabia will be to remain in the game unfolding by readjusting the policies toward Iran. The US-Iranian nuclear deal will only further tilt the regional balance in favor of Iran. (See my earlier blog Iran trumps Saudi project in Syria-Iraq.)