The Shenyang J-31(or “FC-31 fifth Generation Multi-Purpose Medium Fighter”) also known as the “Gyrfalcon” (鹘鹰), or “Falcon Hawk” by some military enthusiasts, is a twin-engine, mid-size fifth-generation jet fighter currently under development by Shenyang Aircraft Corporation. The fighter has also been referred to as the “F-60” or “J-21 Snowy Owl” (雪鸮) in some media reports. Its official name is Shenyang FC-31; J-xx nomenclatures in the Chinese military are reserved to programs launched and financed by the army, while this plane was developed by a state-owned company. 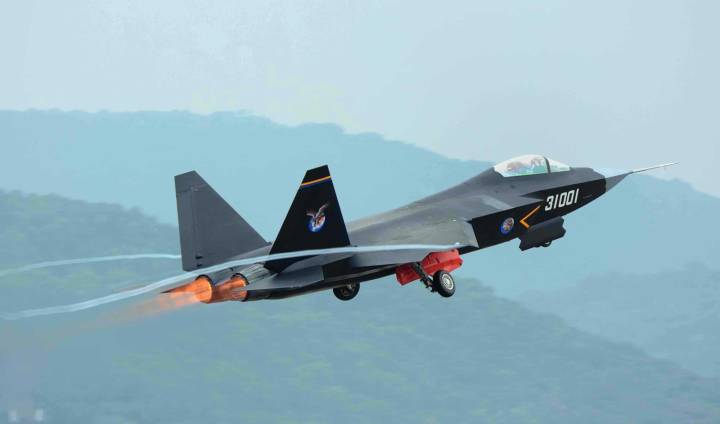 In June 2012, photos and camera video clips started to emerge on internet about a heavily overwrapped possible F-60 prototype being road-transferred on a highway, earning the nickname “the zongzi plane” (粽子机) among Chinese netizens, though some suspect it of merely being an L-15 trainer aircraft. 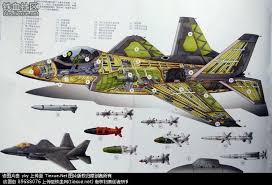 Pictures of a possibly fully assembled aircraft parking on an airfield emerged on 15 / 16 September 2012. The F-60 is reported to be the export version, where the J-31 would be the domestic Chinese version of the same fighter.

The appearance of the J-31 raised concern about a potential arms race in Asia, as some of China’s neighbors are pursuing the development of their own fifth generation aircraft (i.e. India with their HAL AMCA and HAL FGFA, Japan with Mitsubishi X-2 and South Korea with KAI KF-X) or are considering purchasing the F-35 and PAK FA.
U.S. military and industry officials believe that once the J-31 enters service, it will automatically be a match for existing fourth-generation fighters like the F-15 Eagle, F-16 Fighting Falcon, and F/A-18E/F Super Hornet. They suggest that the capability of the J-31 against the newest fighters, such as the American F-22 and F-35, would depend on factors such as numbers of platforms, quality of pilots, and capabilities of radars and other sensors.
Vladimir Barkovsky of Russian Aircraft Corporation MiG (formerly known as the Mikoyan-Gurevich Design Bureau) has stated that, despite some design flaws, the J-31 “looks like a good machine.” Although it contains features already in use on the U.S. fifth generation fighter designs, it is “not a copy but a well done indigenous design.”