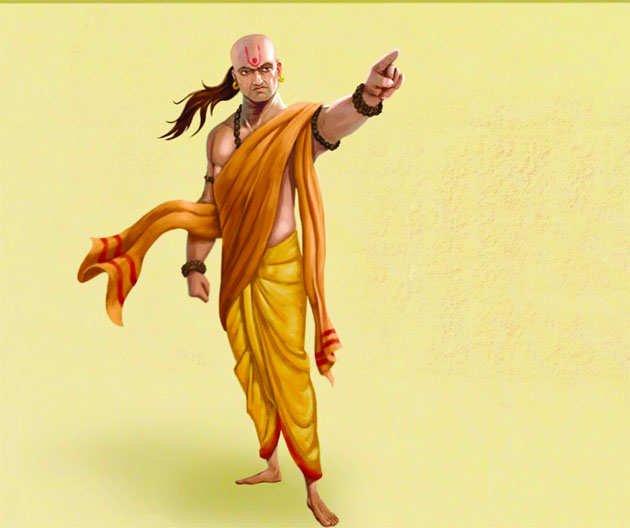 THE POLITICAL ETHICS OF CHANAKYA PANDIT

About 2300 years ago the Greek conqueror Alexander the Great invaded the Indian sub-continent. His offensive upon the land’s patchwork of small Hindu empires proved to be highly successful due to the disunity of the petty rulers. It was Chanakya Pandit who, feeling deeply distressed at heart, searched for and discovered a qualified leader in the person of Chandragupta Maurya. Although a mere dasi-putra, that is, a son of a maidservant by the Magadha King Nanda, Chandragupta was highly intelligent, courageous and physically powerful. Chanakya cared little that by birth he should not have dared to approach the throne. A man of acute discretion, Chanakya desired only that a ruler of extraordinary capabilities be raised to the exalted post of King of Magadha so that the offensive launched by the Yavanas (Greeks) could be repressed.

It is said that Chanakya had been personally offended by King Nanda and that this powerful brahmana had vowed to keep his long sikha unknotted until he saw to the demise of the contemptuous ruler and his drunken princes. True to his oath, it was only after Chanakya Pandit engineered a swift death for the degraded and worthless rulers of the Nanda dynasty that this great brahmana was able to again tie up his tuft of hair. There are several versions relating the exact way that Chanakya had set about eliminating the Nandas, and it appears historians have found it difficult to separate fact from folk legend as regards to certain specific details.

After the Nanda downfall, it became easy for Chandragupta to win the support of the Magadha citizens, who responded warmly to their new heroic and handsome young ruler. Kings of neighbouring states rallied under Chandragupta’s suzerainty and the last of the Greeks headed by Alexander’s general Seleucus were defeated.

With the dual obstacles of the Nandas and Alexander’s troops out of the way, Chanakya Pandit used every political device and intrigue to unite the greater portion of the Indian sub-continent. Under the Prime ministership of Chanakya, King Chandragupta Maurya conquered all the lands up to Iran

in the North west and down to the extremities of Karnataka or Mysore state in the South. It was by his wits alone that this skinny and ill -clad brahmana directed the formation of the greatest Indian empire ever before seen in history (ie. since the beginning of Kali-yuga). Thus the indigenous Vedic culture of the sacred land of Bharata was protected and the spiritual practices of the Hindus could go on unhampered.

Although many great savants of the science of niti such as Brihaspati, Shukracharya, Bhartrihari and Vishnusharma have echoed many of these instructions in their own celebrated works*, it is perhaps the way that Chanakya applied his teachings of niti-sastra that has made him stand out as a significant historical figure. The great Pandit teaches us that lofty ideals can become a certain reality if we intelligently work towards achieving our goal in a determined, progressive and practical manner.

Dr. R. Shamashastry, the translator of the English version of Kautilya’s Artha-Sastra, quotes a prediction from the Vishnu Purana fourth canto, twenty-fourth chapter, regarding the appearance of Chanakya Pandit. This prediction, incidentally, was scribed fifty centuries ago, nearly 2700 years before this political heavyweight and man of destiny was to appear. The prediction informs us: “(First) Mahapadma then his sons – only nine in number – will be the lords of the earth for a hundred years. A brahmana named Kautilya will slay these Nandas. On their death, the Mauryas will enjoy the earth. Kautilya himself will install Chandragupta on the throne. His son will be Bindusara and his son will be Ashokavardhana.” Similar prophecies are also repeated in the Bhagavata, Vayu and Matsya Puranas.

In presenting this work I have traced out and referred to two old English versions of Chanakya Niti-sastra published at the close of the last century.*2 However, these apparently were translated by mere scholars (not devotees) who seem to have missed many subtleties of Chanakya’s vast wit and wisdom. Another unedited and unpublished manuscript Chanakya Niti-sastra with both English translation and Latinised transliteration produced by the Vrndavana ISKCON Centre was also referred to. It was however the learned Vaisnava pandit and Sanskrit scholar Sri V. Badarayana Murthy, of the South Indian Madhva School, who helped me see the depth and import of these verses from the original Devanagari. A very few slokas which were perhaps irrelevant or otherwise not useful for our Vaisnava readers have been omitted.

I have been told that our blessed spiritual master His Divine Grace A.C. Bhaktivedanta Swami Prabhupada had expressed a desire that Sri Chanakya Niti-sastra be properly translated into English. It is hoped that our present rendering will be at least useful if not instructive to the reader. Let us examine now in a few words on the science of niti, or common sense, from the pen of Srila Bhaktivinoda, the great 19th century devotee-pioneer of the worldwide propagation of Lord Caitanya’s divine message.

Taking the two words “common sense” right up to their highest level, he has written:

“Man’s glory is in common sense,

Dictating us the grace,

That man is made to live and love

In other words, the real goal of niti, indeed the goal of life, is to realise one’s eternal position of Krishna consciousness. The Bhagavad -gita confirms Srila Bhaktivinode’s view in the final line of its last sloka: dhruva nitir matir mama. A translation of that full verse runs: “(Sanjaya said) Wherever there is Krishna the master of all mystics, and wherever there is Arjuna the supreme archer, there will also be opulence, victory, extraordinary power and morality (niti). That is My opinion.”

I would especially like to thank Sri Raju Whabi (Rukmini Krishna dasa) of Bombay for his generous financial contribution. I am also grateful to Srimati Rani Lila Ram Kumar Bhargava of Lucknow, a prominent ISKCON Life Member, and her twin sons Lava and Kush of Raja Ram Kumar Press, for speedily bringing out this volume.

*2 Sri K. Raghunathaji’s version of “Vriddha -Chanakya – The Maxims of Chanakya” (Family Printing Press, Bombay, 1890) has proven to be an especially useful reference in bringing out this present edition.

who are absorbed in maunam (silent contemplation of the Lord) have no quarrel with others. They are fearless who remain always alert.

by bountiful gifts are futile. Perfection can be achieved only through devotion (to the Supreme Lord) for devotion is the basis of all success.

the kimshuka blossoms ( flowers of the palasa tree) which, though beautiful, have no fragrance.

living beings as his own — truly sees things in the right perspective, and he is a true pandit.

lotus which is My abode, and therewith worship Lord Shiva. Therefore, O Lord, I fear to dwell with a brahmana and that properly.