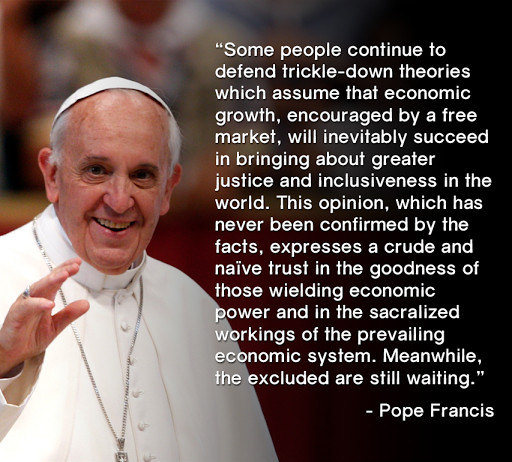 BEIJING – In a way, his heart will be in China and his mind in Rome. On March 27, when US President Barack Obama meets Pope Francis at the Vatican, he will have wrapped up an important European tour focusing on transatlantic ties and Russia’s new posturing in the world, especially in Ukraine, recently severed by Moscow. By then, Obama will have met Chinese President Xi Jinping in the Netherlands, while Obama’s wife Michelle, daughters, and mother-in-law (certainly his heart) will have just finished a trip to China. It is proof of how important China is for Obama, and possibly also evidence of how much China might weigh on his meeting with the Pope.

Certainly, the Pope and Obama have plenty to discuss. There are the bilateral issues: for years bishops and civil authorities in America have been at loggerheads over ethical issues (abortion, homosexuality) and judicial-economic issues (the statute of limitations on allegations of sexual harassment by Catholic priests). There are international issues on which the two do not see eye to eye, including questions surrounding Russia, the Middle East, and even Cuba. It all seems very unlike the time of Ronald Reagan and Pope John Paul II, committed allies (although with different angles and priorities) in trying to bring down communist oppression in the Soviet Empire.

The world is now different. Many countries at odds with America – Russia and Syria, for instance – look to the Pope to find a different approach, and the US internally has become split over the Catholic Church, considered by some conservatives almost the bastion of Western values and by some progressives as a drag on liberty and modernity. Certainly, Pope Francis has moved the yardstick on values, which are not at the forefront of his preaching, but internationally on many hot-button issues there has been a growing distance between Rome and Washington.

On China, a priority for both leaders, it is not clear where things stand.

Here the first question then is whether either in Holland with Xi and Obama or in Beijing with Michelle, the Chinese or the Americans will broach the subject of the Catholic Church and a possible thaw in the bilateral relations. That is, will Obama convey some words from China to the Pope, or will he or his wife mention the Catholics in talks with the Chinese?

The Chinese have already spoken. With an article last week in the English-language Global Times, [1] China signaled a more open position. Yes, the article started out claiming that the Chinese Patriotic Association does not want the Vatican to interfere in bishop appointments (an old adage in the bilateral controversy renewed as the recent passing of the old bishop of Shanghai brings about the issue of the appointment of his successor), but then it went on to give a positive assessment of Pope Francis. Moreover, it said China and the Holy See do not have diplomatic ties, but it left out the usual warning to Rome about cutting ties with Taiwan.

Most importantly, it confirmed a crucial detail, revealed by the Pope in a recent interview with Ferruccio De Bortoli at Il Corriere della Sera. Pope Francis wrote to Xi at the time of his election, and Xi replied with a letter. It is the first time China has ever admitted publicly of an exchange of messages at the highest level with the Holy See. This admission is groundbreaking, and certainly far more important than a refrain about the bishops, apparently delivered to satisfy a domestic constituency hostile to warmer ties with Rome.

Moreover, China is very close to the heart of Vatican Secretary of State Pietro Parolin. At the meeting of the two delegations (besides Obama, US Secretary of State John Kerry and National Security Advisor Susan E Rice will attend), Parolin will be the man with the most experience with China, having dealt directly with the issue for more than a decade as the Vatican’s undersecretary of state.

In other words, the Chinese are certainly part of the dialogue between the US and the Holy See. Moreover, Beijing is certainly paying great attention to the fact that Putin, Obama, and the Queen of England all go to Rome to pay visits to the Pope, a sign of the huge influence of the man in white. In a world where China is very attentive to the exercise of soft power, Beijing can’t ignore the fact that Rome is in fact one of the greatest sources (if not the greatest source) of soft power. Then can a rising China, growing conscious of its role and carefully taking on greater responsibilities in the world, be left out of a dialogue with the Holy See? The cold-blooded reply is certainly no. Then can the issue of appointing bishops (which is de facto almost solved) still be a stumbling block in opening some form of ties with Rome?

The answers to these questions are hard for China because for decades the Catholic issue has been internally both very thorny and yet not very important issue. Chinese Catholics are bitterly split, and will be hard to reconcile, yet they are a tiny minority of less than 1% of the population. Then, simply why bother? But now in Rome there is a Pope casting a new profile for the church and a secretary of state, Parolin, who is highly appreciated on a personal level by Beijing.

In this situation, in more than one way, Obama’s visit to Rome could bring the Pope closer to Beijing, and this perhaps, more than all the divergences between the two leaders, could be the most important element uniting them and might even be the catalyst for the discussion.

Francesco Sisci is a columnist for the Italian daily Il Sole 24 Ore. His e-mail is fsisci@gmail.com